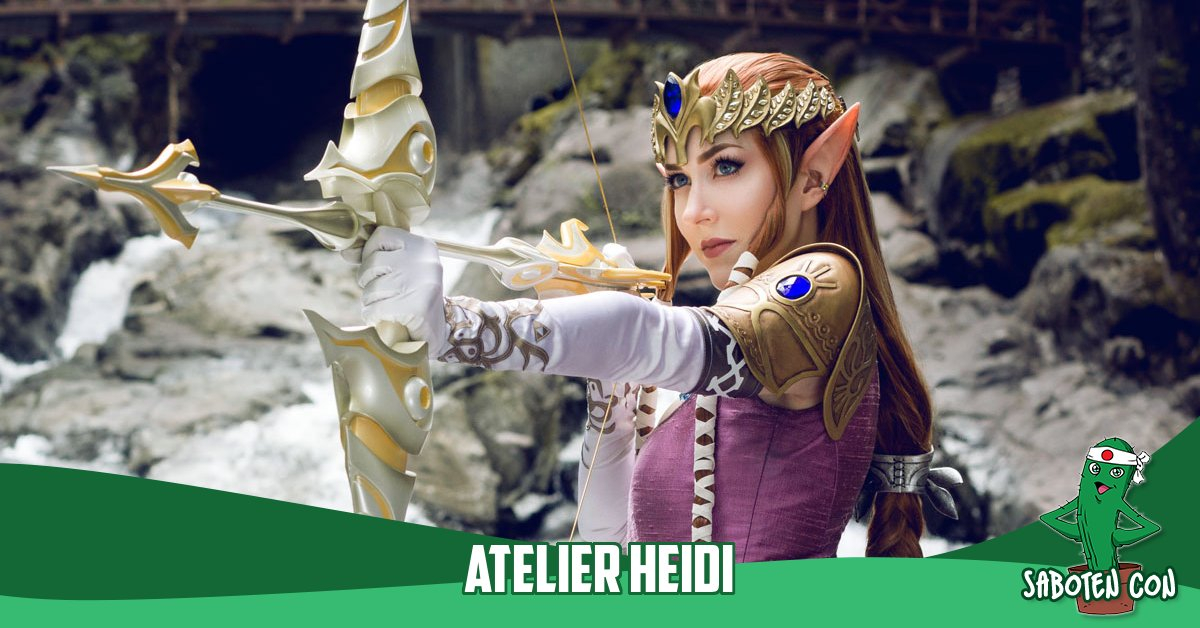 Atelier Heidi is an award-winning artist and designer based in Seattle, Washington. Best known for her portrayal of Twilight Princess Zelda, Heidi has a fondness for elves and other pointy-eared characters. She specializes in leatherwork and sewing, but her portfolio includes a broad range of textile work, sculpting, and photography.

Heidi cosplayed professionally for Nintendo at San Diego Comic Con 2017, representing their Inkling Girl character for the launch of the game Splatoon 2. Her work has been featured by IGN, Kotaku, and in Target's "Bring Your Rey Game" ad campaign. She has appeared internationally as a cosplay guest across the United States, Canada, and the UK. She studied as an intern at GSTQ Fashions in 2014 and earned her BFA in Theatrical Technology and Design from the University of Texas at Arlington in 2015.

Over the past few years, Heidi has turned her love of sewing and design into an original fashion brand, Forest Girl Clothing, which specializes in cottagecore and mori kei styles. You can visit the shop at www.ForestGirlClothing.com or view her entire artistic portfolio at AtelierHeidi.com